What is a moissanite ring? 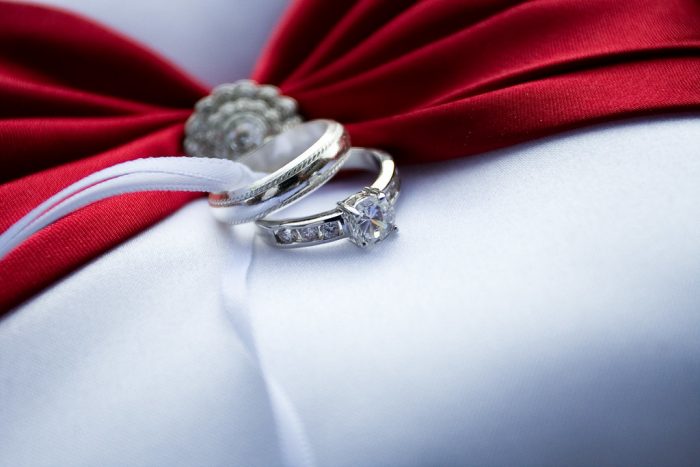 Have you ever heard about moissanite? Most people haven’t and it’s a huge mistake, as the stone is definitely worth getting familiar with! Briefly speaking, moissanite is a diamond simulant – it has a very similar appearance to diamond but it’s made of silicon carbide. Recently, moissanite rings have become a popular alternative to diamond rings. The truth is, these two are almost impossible to tell apart if you’re not a professional. Currently , moissanite rings are the most popular alternative for couples on a budget. The article will put the record straight and explain what moissanite is and what the differences between moissanite and diamonds are.

So, what is actually moissanite?

Moissanite was first found in 1893 by Henry Moissan. It was discovered in a meteor crater. One might say that moissanite is literally a space rock then. Moissan first thought that the stones were diamonds but it turned out that he had found something much rarer than diamonds. As the gemstone is exceptionally rare, scientists invented the method to create moissanite in a laboratory.

For many people – this is a great advantage of moissanite over diamonds – no mining has to be involved, same as harm to the environment. The stones are 100% earth-friendly and conflict-free. On the other hand, moissanite is not categorized as a precious stone. Still, you can enjoy them for ages as moissanite stones don’t get cloudy over time. It’s engineered to give the illusion of similarity to diamonds.

How to tell the difference between moissanite rings and diamond rings?

Most people will not tell the difference between them. However, professionals say that moissanite has more fire and brilliance than diamond. Moreover, the light around the gemstone flashes, creating a sparkling disco ball effect, as opposed to diamonds. Also, moissanite is a bit lighter than diamonds – around 15% lighter to be precise. This is why some jewelers sell moissanite stones by length and width in millimeters rather than carat weight.

They are less durable, ranking 9.25 on the Moh’s scale, whereas diamonds rank 10. And of course, the final difference is the price – diamonds are much more expensive than moissanite. So, the choice is yours. Just remember that a moissanite ring is not a fake diamond ring. It’s a ring with a beautiful gemstone in its own right. So, you cannot tell which one is better – it’s totally up to you, whichever stone feels right. If you still hesitate and want to learn more about these two beauties, don’t hesitate to contact us for some advice.

« One Week Only! All EARRINGS 65% OFF + more…
What earrings to wear when first pierced? »

Just Arrived to Our Store